A great man (I think it was Mr Miyagi from The Karate Kid) once said:

"There is no such thing as a bad student. Only a bad teacher".

And some that really make sense to me, having been involved in drum and music

education professionally for the past 10 years. In that time I have been extremely

this blog/magazine - (you could call it either a blogazine or a blagazine, depending

on if you think I know what I'm talking about!) - to those drummers who have really

made a difference in the world of drums and drum education.

The fantastic Travis Orbin agreed to give up some precious time to be interviewed for Drumazine. 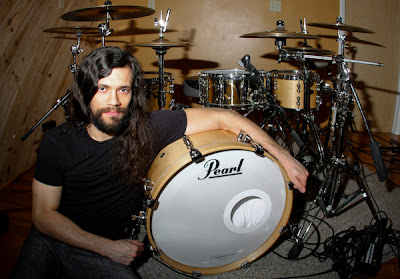 I can only describe Travis as, well, a beast!  I don't mean that in any derogatory way at all!  Quite the contrary - It should be taken as a compliment when I say he is a monster behind the drum kit...
The heavy genre's that Travis leans toward involve hugely technical study and application:  Some extremely complicated 4-way playing and absolute precision.  He is, maybe some would say, a technical wizard.  This doesn't detract from his live performance (here with Sky Eats Airplane) though; Live, it is definitely engaging, energetic and fascinating to watch! 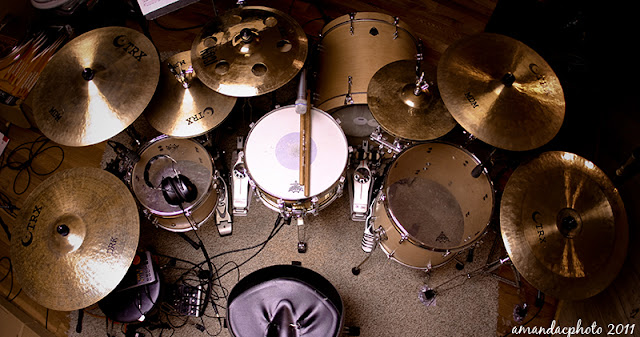 Dzn: With the advent of new technology on what seems to be a daily basis, what modern technology do you incorporate into your:
a. Practice?
b. Live performance?
c. Recording?
d. Teaching?
TO: My practice and live performance setup is pretty much exact, technology-wise. I use the same mixer/cables to acquire dynamic feedback from my kick.
When recording out of my home studio, I record into Pro Tools with my magnificent analog gear, tracking to either my DB-90 metronome or a pre-programmed click track that I upload to my iPod.
Teaching is even more old-school, for me. I prefer 'in-person' lessons and aside from that I sell video lessons through my Big Cartel store (listed on my website). I'm not really into the webcam thing because I think it's clunky and awkward; I don't even have a connection at my studio, heh. 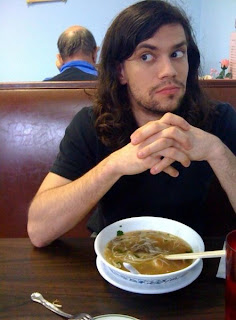 TO: Aye, I still must work a side job in order to sustain the quality of life that I prefer.  I don't mind it, but I'd be super-ultra-mega-happy if I could make a living solely off of music-related work.
TO: These links will tell you everything, if you dig deep enough:
http://www.travisorbin.com
http://www.youtube.com/shaftninja
Posted by Rich Millin at 11:49 AM